How To Be Interesting to Anyone 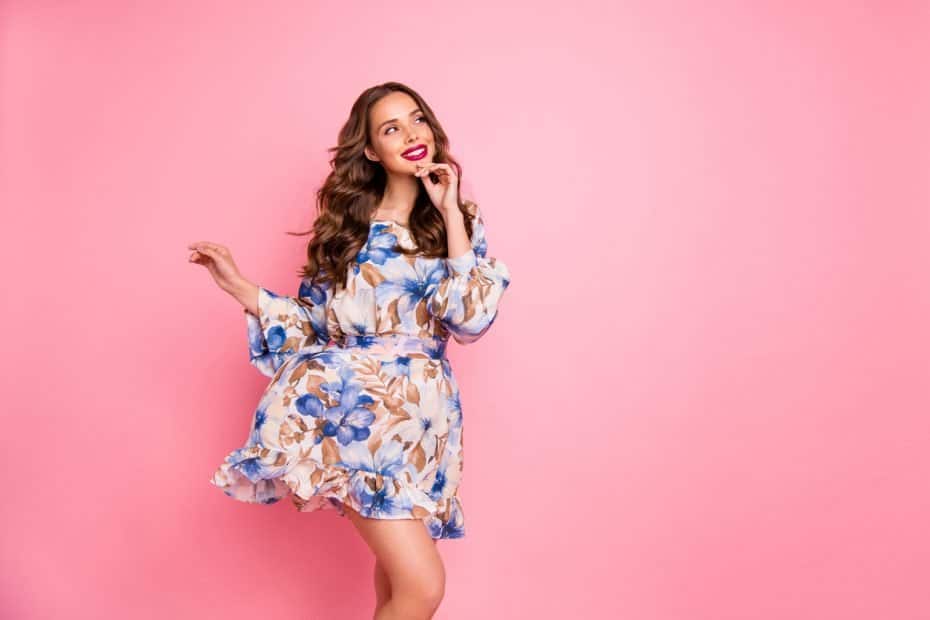 “How can I be more interesting?”

Many people often ask themselves this question. Especially after coming across extraordinary personalities.

We’ve all met someone who, after just five minutes of conversation, made us think “Wow, this one is different. I wish I was like them.”

You probably even thought of someone while you were reading that, didn’t you?

But what is that special thing that sparks that thought in our minds?

What makes some people so interesting to virtually anyone?

How to be interesting and what it actually means

Some people are born with it. Others learn to develop it.

Whatever the case, it is undeniable that there are people with a certain je ne sais quoi that captivates others.

It doesn’t matter who they are or what they do.

You can either like him or not, but there’s no doubt Elon Musk is a unique human being.

It doesn’t matter if you’re into her music or not, Lady Gaga draws attention wherever she goes.

And I don’t know about you, but I don’t care much about astronomy, yet I could still listen to Neil deGrasse Tyson talk stuff about the universe for hours.

They have that “spark” that makes you want to know more about them, that little voice telling you “Hey, these guys have something to say, listen to them.”

But what is it then?

How do you recognize that je ne sais quoi, that spark that makes someone so fascinating?

Through the following points, you will learn what these people have in common and how to become interesting to others – and most importantly, to yourself.

Having a positive attitude, being kind, and focusing on others

We usually enjoy being around people that make us feel at ease, relaxed, and comfortable.

It sounds simple, but it’s the truth.

Being kind and having a friendly attitude usually makes others want to hang out, talk, and spend time with you because they enjoy being around people like you.

Making the conversation interesting, asking others about themselves, and smiling at them are all things that help.

Many may think that interesting people are the ones who talk about themselves all the time, bragging about their achievements and cool life.

However, the opposite is true.

Listening to what others have to say, getting to know their stories, and engaging in a conversation with them, is what often fuels their desire to keep in touch with you.

By making others feel like they are heard, you make them want to hear your story too.

Being yourself and speaking your mind

In the era of social media, peer pressure, and trending topics, it’s easy for people to just follow the crowd.

This happens for many reasons, mainly for the fear of being left out and the desire to belong.

Of course, nobody wants to be alone, but these fears and insecurities have led most of us to become different versions of the same stereotype.

Most people follow trends, dress the same, wear the same hairstyles, listen to the same music, and even make the same jokes.

Of course, these people don’t raise any eyebrows: they are the norm. However, what catches people’s attention is the unexpected.

Most of those considered interesting are the ones that break the norm, that are different, and stand out from the crowd.

Also, contrary to average people that keep their thoughts to themselves, interesting people usually are the ones who speak their mind. They do it even if they know other people won’t like it.

And they don’t hide their flaws or vulnerabilities. They’re confident and true to themselves.

There’s a well-known quote from the Canadian hockey player Wayne Gretzky that says: “You miss 100% of the shots you don’t take”.

The thing is every single person that has achieved major success or has fulfilled their dreams had to face their fears and get out of their comfort zone sooner or later.

Maybe you’re not an adventurous type. Maybe you feel safe in your cozy, comfort zone, and that’s perfectly fine.

However, doing crazy things or putting your life in danger is not what getting out of the comfort zone is about.

Let me put it this way: our life is mainly routine.

We get up, go to work, and go back home.

Then we have a couple of hours of free time in which we may go out with friends, watch TV, play video games or spend time on social media; and then we go to bed.

Well, leaving our comfort zone is about breaking that cozy routine.

It’s about talking to that person we want to know better. It’s about signing up for that course we have been wanting to take for months.

Ultimately, it’s about taking the leap.

Taking action and getting what you want will not only provide you with great and interesting stories to tell but also make you happier.

People are not the only interesting thing in the world.

Almost everything has its own fascinating side if you look at it from the right angle.

Marine biology can sound boring for people who don’t care for it, but did you know that seahorses are monogamous and mate for life?

And did you know they have a “crown” that is different on each of them, like fingerprints in humans? That’s fascinating, isn’t it?

That’s what interesting people do. They let the world fascinate them.

Interesting people are inherently curious. They have an appetite for new information.

When they’re listening to something new they don’t know about, they instantly dive into the web to find out more.

They’re the kind of people that go search on Google to find a particular piece of information and end up spending hours jumping from one page to the other, always hungry for more information.

And that’s why they always have something interesting to say, no matter where the conversation goes.

Keeping your feet on the ground and staying humble

One trait interesting people have in common is that no matter how successful they are or what they’ve accomplished, they stay humble.

They keep their feet on the ground.

It’s easy to become complacent after a big win, but that can slow us down.

One of the things that help interesting people consistently win, succeed, and earn other’s respect is their humility.

Also, think about it this way: most of us tend to feel intimidated around great, important personalities. And we might even feel embarrassed to talk to them.

But what if those great personalities started the conversation with us instead? That would result in a great, interesting, unexpected conversation, made possible by their modesty.

And that would make those people even more fascinating to us. Probably because it would make us feel noticed and important.

Most people settle for the ordinary.

They accept to settle for an average life.

They work their eight hours every day, go back home, wash their Tupper, prepare their lunch for the following day.

Then they have dinner and go to bed. All they have to do is rinse and repeat every day.

Interesting people instead tend to challenge their status quo. They pursue the life they crave.

Sometimes they are the ones who escaped the rat race and started their own business.

Sometimes they are the ones who left a job they hated for the job they love at their favorite company.

If they want to see a change in the world, they take the first step to see that change. They always take action.

Interesting people tend to question what everyone accepts unconditionally. Because they’re critical thinkers.

Whatever the reason, most of us tend to keep our feelings to ourselves, most of the time. Because it’s what we’ve been taught.

According to therapist Barton Goldsmith, being in touch with your feelings instead, makes you a better person, as well as a better parent and partner.

The thing is there’s absolutely nothing wrong with letting others know how you feel.

Our emotions are something many of us tend to suppress. However, contrary to what many believe, disclosing how we feel can help us truly connect with others.

Have you seen the Jim Carrey movie “Yes Man”?

In it, the main character is a boring, middle-aged man who never leaves home, until he attends this weird seminar that dares him to say yes to everything.

From that moment, his life takes a 180-degree turn.

He starts meeting new people, trying new experiences, and then he even meets the love of his life.

Now, that is only a movie, but I think you get the message.

Of course, it’s not that you have to do things you don’t want to do or to say yes to anything. We both know that’s impossible.

Creativity is one of the most fascinating traits someone can have. Because when you create you give the world something new.

And most importantly you communicate something.

According to an article published in Very Well Mind, creative people like to daydream and imagine new possibilities. However, at the same time, they remain grounded in reality.

They are often described as dreamers, but that doesn’t mean that they live with their heads in the clouds.

Creative people, ranging from scientists to artists to musicians, often come up with imaginative solutions to real-world issues.

Their creativity has the power to change the world.

If you want to know how to be interesting, the first thing you have to learn is this. You have to show genuine curiosity about the people you interact with.

You should get to know them, get to know what they truly care about, their passions, their hobbies, their life goals.

Because once you know someone well, it’s easier to have a pleasant, friendly, and engaging conversation with them, because you’ll know what they like to talk about.

Remember this, there’s no such thing as being interesting.

There are only people finding you interesting. And that depends on how you make them feel.

How to be interesting, in a nutshell

Earlier, I talked about Elon Musk, Lady Gaga, and Neil deGrasse Tyson, but that was just to make a point. You don’t need to be a millionaire or a celebrity to be interesting.

It’s actually more about making other people have a good time when they’re with you.

Sure, extravagant, loud people are always attracting other people’s attention, but that’s not necessarily a good thing.

Being interesting is not about being loud, but more about getting people to want to know you.

And the best way to do that is by focusing on them.

So next time you’re talking to someone, remember to be nice, smile, be authentic, and show a genuine interest in others.

1 thought on “How To Be Interesting to Anyone”

previousHow to Achieve Goals in Life: 3 Things You Need
nextAttraction: 7 Psychological Signs Someone Actually Likes You
The Truly Charming