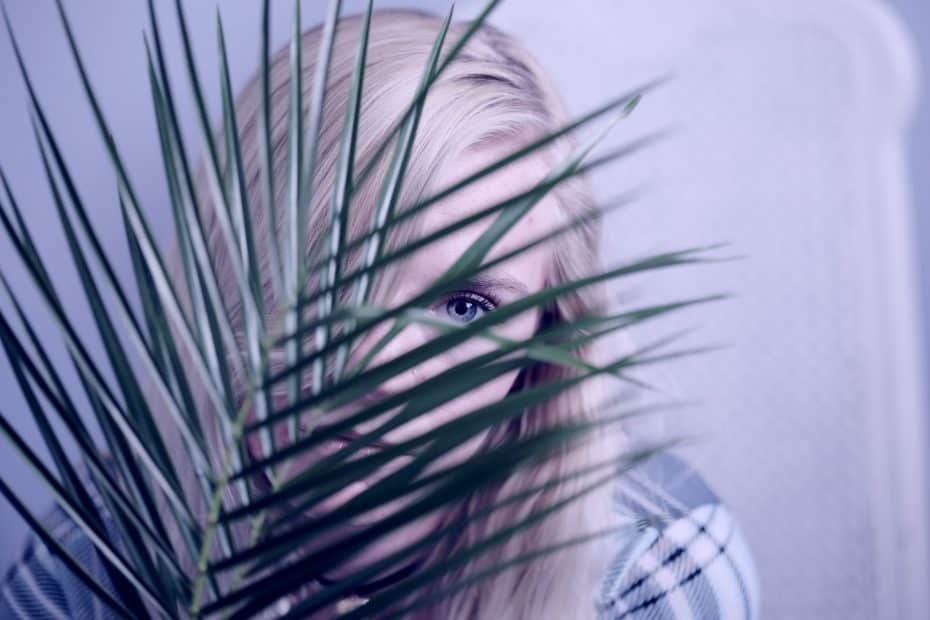 It’s hard to see the signs a shy girl likes you. However, there are ways to understand whether a reserved woman likes you or not. In this article, we’re going to cover them.

In the 1980s and 1990s, researchers conducted studies to determine the subtle signs that a woman is interested in a man. They meticulously tracked the ways that humans show romantic interest in others with their non-verbal cues.

The researchers selected locations for their research that were intended to draw single people in such as pubs, clubs, and coffee shops.

They based their studies on the body language and mannerisms that men and women exhibited when interested in someone.

These studies did not discriminate and analyzed people at random, so some of their subjects were extroverted and others were introverted.

And one thing was certain, whether a person was shy or outgoing, their body language did not lie.

Although the signs that a shy girl likes you are subtle, they are noticeable if you know what to look for. And today we are going to share these telltale signs with you.

This sign can indicate attraction in the first few seconds of an interaction between two people. It is the way that a woman draws a man in. Shy women often use their gaze to signal their interest in a man without approaching him.

For example, when you walk into a pub for a beer with your buddies, a woman may glance your way until you see her, then look away.

She might also repeat this a couple of times, and once she sees you’re returning her gaze, she might exhibit open body language and turn towards you.

This is her way of showing you that she is open to having a conversation with you.

When you approach her, be respectful and courteous. Don’t use lewd pickup lines or comment on her appearance, as it might scare her away. Comment on the weather, what’s on the television in the pub, or ask her if she’s from out of town.

Treat her like a friend, not a conquest. And if you’re at a loss for how to attract love interests your way, take a look at this article about the habits of charming people.

She Mirrors Your Movements

When a shy girl likes you, she might subconsciously copy what you are doing.

It’s her way of reciprocating your interest subtly. When you lean forward, she will lean forward too, when you tilt your head, she will tilt her head.

These actions are not only prevalent in conversations when the two parties are into each other romantically, but it’s also how people behave when they are actively engaged in conversation with one another.

When a shy girl subconsciously wants you to know she’s interested, she will show she is interested in what you are saying and wants to keep the conversation going by mirroring your mannerisms during your discussion.

This is not something you can reciprocate without someone noticing, it’s a subconscious mannerism that most people do during a conversation. So just allow the conversation with the girl you like to flow and see what happens.

She Laughs at Your Jokes, Always

When someone shy is put into a group situation, they may not contribute to the conversation, but they will show appreciation for your funny jokes or stories by laughing at them.

She may giggle, laugh nervously, or smile at you during the conversation. This is her way of conveying interest and showing that she shares your sense of humor.

Jeffrey Hall, the associate professor of communication studies at the University of Kansas conducted a study of couples in 2010. The study involved videotaping fifty-one couples (with their consent) and observing their non-verbal cues during the conversation.

During the study they found that there were four different types of flirting styles:

Men tend to use humor to gauge how interested a woman is in them. If she appreciates their sense of humor, this is considered to be a show of interest in them.

So if you like a shy girl, make a joke, and see how she responds to it. She may laugh at one joke, however that doesn’t necessarily mean she’s into you.

Make sure to focus on the pattern.

Does she always laugh at your jokes, more than she does with other guys? Does she also display other signs mentioned in this article?

She Makes Eye Contact With You (Then Looks Away)

William Shakespeare once said “The eyes are the window to your soul,” and he wasn’t wrong! When a shy girl likes you, she will use many non-verbal cues to tell you how she feels. One of the initial but most powerful ones is eye contact.

Looking into someone else’s eyes can be powerful. Our eyes talk for us when our mouths cannot.

We tend to make assumptions about someone’s personality or motives based on eye contact, some people believe we avoid eye contact when we are lying or uncomfortable. Holding a gaze in western culture means that person is sincere and means what they say.

When a shy girl holds your gaze, it’s a good sign.

If she does this before you start talking, this can be construed as an invitation for a conversation, and since she’s probably too demure to start the conversation, you can take this opportunity to strike up a discussion about a neutral subject, like the weather or what is going on around you (“This is a busy spot!”).

If you have a hard time engaging in conversations, these tips about follow-up questions in conversations will help you learn more about the person you are interested in.

Her Friends Tell You That She Likes You

I asked my husband if he has ever dated a shy girl and he said yes.

Then I asked him how he knew she liked him and he said that her friends told him. If a woman is really reserved, this may be the only way you’ll know if she likes you.

If you’re crushing on a shy girl but not getting anywhere, try to talk to her friends. And don’t be afraid to ask them about her.

However, keep in mind that if you talk about her to one of her friends, they will probably tell her.

This is also a good way to find out if she is single for sure, and to get to know some of the most important people in her life.

Another little known verbal cue that shows romantic interest is the way someone faces you. If a shy girl likes you, she may stand with her feet facing towards you in an open stance.

The reason behind this is because our feet point us to where we want to go, so if her feet are pointing your way, she may be getting ready to approach you or be approached.

Also, when someone has their feet in this position, it lowers the amount of personal space between you, and this makes it easier for you to get closer physically.

If you notice this sign, also note her body language, if she is making eye contact, this is very good. However, as I mentioned before, make sure to focus on the pattern, not on the single event.

Also, if she’s engaged in a conversation with someone else, I would suggest waiting until she is done with that discussion before approaching her.

She Blushes When You’re Around

Blushing is so cute, right? That pink tone you see when someone becomes flustered isn’t always due to embarrassment — it can also be a sign that someone has a crush on you.

Blushing is actually a reaction from the body making adrenaline, and it happens in response to a fight-or-flight situation. This is why the blood rushes to your face and causes your cheeks to flush.

When a shy girl likes you, you may notice she blushes if you’re in a group situation and you talk to her. She may even become flushed as soon as she sees you. Either way, she is responding in a way she can’t control, so if you notice it, don’t point it out because this will embarrass her.

Strike up a conversation, and attempt to calm her nerves and distract her.

She Is Constantly “Fixing” Herself (When You’re Around)

One of the signs a shy girl likes you is she fixes herself when you’re around. And she tends to do it every time she sees you.

You may notice her adjusting her top, fixing her hair, putting on lip balm, and checking herself in reflections.

According to a study on female courtship conducted by Monica M. Moore of Webster University, when a woman feels attracted to a man, she will fix herself up in an effort to appear more attractive.

Keep in mind that this is a common thing women do in general. Many women are often fixing and touching their hair or applying makeup. However, if you see her fixing herself more than usual when you’re around, that’s probably a sign she wants to look good to you.

In this beauty-fixated world, a preening woman is not uncommon. So before making your first move with a shy girl, we would suggest observing her body language as well.

If you notice your crush is not only preening but also showing other signs, approach her and start a conversation.

She Looks at You in a Certain Way

There are many ways a shy woman can signal her romantic interest in a man. However, according to the Journal of Sex Research, and the six studies they completed about flirtation and facial expressions, there is one facial expression and body language position that indicates that a woman likes you.

The researchers used the Facial Action Coding System to determine the “magic” look of an interested woman. Her head is turned to one side and tilted down slightly. She has a slight smile, and her eyes are looking towards you.

In the six studies, when a woman had this look, men responded very positively. This indicated that not only does this expression show interest, but it is also attractive to men.

While these signs all point to a woman being interested, we are just scratching the surface when it comes to attraction. So make sure to also check out this piece that discusses the psychological signs someone actually likes you.

Once You Know The Signs a Shy Girl Likes You, Flirt Away

One thing that is noted by Jeffrey Hall, is that no matter what flirting style you have, it can be difficult to determine if someone actually likes you or not.

So have that conversation.

“We’re really bad at detecting if people are flirting with us, we‘re great at knowing when they’re not interested. But the reason we’re bad at seeing when they are interested is people show it in such a variety of ways.”

Jeffrey Hall, Associate Professor of communication studies at the University of Kansas

If you like a shy girl and she is giving you signs that she likes you too, make the first move. Talk to her — ask her about her career, her current Netflix binge, or her favorite hobbies. Then, to keep the conversation flowing naturally, ask follow-up questions.

Remember this. The best way to talk to a shy girl is to engage with her as a friend – not a conquest. Then slowly see where things go.