The 7 Habits of Truly Charming People 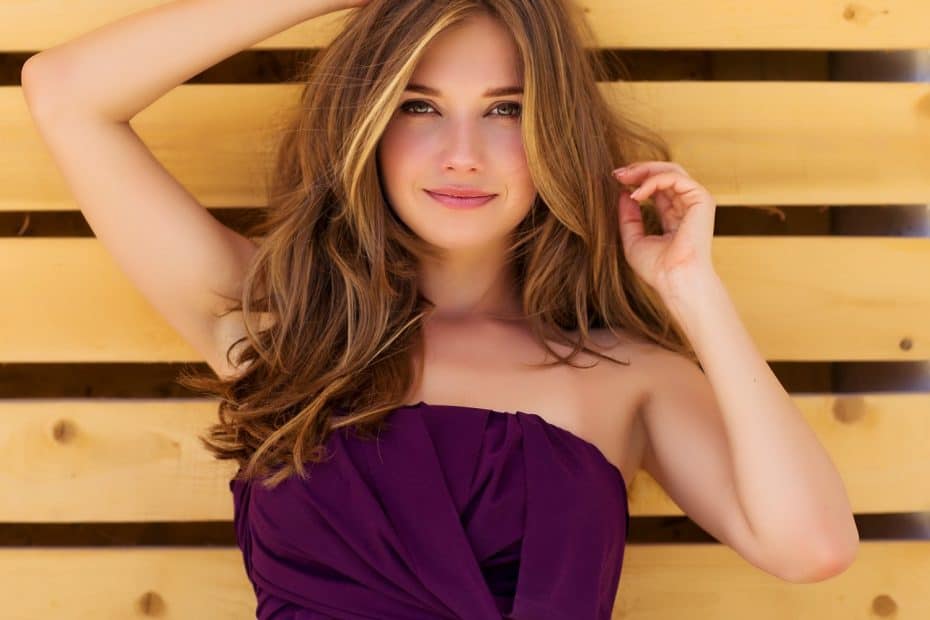 They always have an exciting story to tell, and they have that seemingly innate ability to make you feel at ease in their company.

It seems some people were simply born like that.

When they enter a room, everyone notices their presence.

They are like magnets, and when they talk, everyone hangs on every single word coming out of their mouth.

Many of us often wonder how those people can have such a magnetic personality.

Is there a secret formula? How did they become how they are? Were they just born like that?

The answer is, we are all capable of engaging with others and igniting their interest in us.

There’s no secret formula to it.

It all boils down to certain habits charming people have in common, that you can easily and effectively learn.

1. Charming People Give You Their Undivided Attention

Stop for a moment and think about two or three likable people you know.

Do they constantly check their phone while you are talking to them? Do they continually redirect conversations to themselves so they can become the center of attention?

In fact, something these people have in common is they usually give you their undivided attention and make the conversation about you. They ask you intelligent questions and show a true interest in what’s going on in your life.

They remember what you told them the last time you met.

Always make an effort to give your undivided attention to people. Put away your phone, make eye contact, and let them be the main subject of any conversation.

2. They Show You Genuine Admiration

Years ago, I signed up for a course to study for a Business English certificate.

Talk to someone about themselves and they’ll listen for hours.– Dale Carnegie

Before signing up, I took a test and had an interview with one of the native-English-speaking teachers to assess my language level.

I remember I walked out of that school feeling particularly self-confident and motivated, though, at first, I didn’t quite understand why.

Then I thought about it for a while and realized what triggered that feeling.

During the interview, this teacher told me she had lived for more than ten years in Spain and never managed to become fluent in Spanish.

Then, she told me she admired how fluent I was in English, despite never having lived in an English-speaking country. She also asked me how I achieved such a level of fluency.

There was no trick. I was not some kind of genius. My mother had always spoken to me in English since I was a toddler.

However, that conversation made me feel good about myself anyway. She made me see something good about me.

See, people like that teacher make any interaction engaging and exciting because they remind us of some of our strengths, those things that we tend to forget or often take for granted.

Some people have this ability to open our eyes and show us that we are more than we think we are. They make us feel good about ourselves.

This automatically makes us want to spend more time talking with them and to know more about them too.

Don’t focus on convincing others of “How cool you are.”

Be genuinely interested in others, and stop for a moment to appreciate their strengths.

3. They Talk About Themselves Only When Asked To

Charming people usually speak about themselves only when asked to, or when they have something relevant to say they know will be of interest to you, without overwhelming you with too many details.

When they talk about themselves they never give you boring or shallow answers.

They will always surprise you with something new. Something out of the ordinary.

They might mention their last trip to Thailand, or talk about the Japanese course they’re attending at the university, but only if prompted to.

Charming people talk about their passions and walk you through their experience almost bewitching you.

Their passion for what they do is contagious and anytime you talk to them you feel that same ingrained motivation to pursue your dreams as they do.

If you ask their opinion, they will happily share their point of view, which is never shallow.

As a result, you feel they care about the interaction they’re having with you, and usually, they will give you a thoughtful answer which keeps the conversation engaging.

Get rid of the need to talk about yourself all the time. When answering a question about yourself, share something interesting and, most importantly, relevant to the conversation.

When asked to share your opinion, don’t be glib, give a thoughtful and detailed answer.

One common trait of genuinely charming people is they always stick to their word. They are not “all words and no action.”

Average people often say “Let me know if you need any help,” just to sound good and convey the impression they are kind.

However, when it comes to the crunch and you turn to them for help, the answer will often be “I’d really love to help, but…”

You won’t find this with a charming person. If they say they will help, they will.

If they say: “We should go for a meal sometime,” you can bet that within a week or so, they will have contacted you to suggest when.

Their words are not just empty gestures.

And this trait is almost contagious. By realizing just how lovely it is for someone to be “true to their word,” you will likely want to be the same, in turn, with others.

If you say you’re going to do something, do it. It’s simple. And it’s attractive.

“To be authentic, we must cultivate the courage to be imperfect — and vulnerable. We have to believe that we are fundamentally worthy of love and acceptance, just as we are.”– Brené Brown

Vulnerability is emotional exposure. It’s scary, I get it.

However, it’s also true that exposing our vulnerabilities creates intimacy and trust in our relationships.

I guess you appreciate others more when they show their imperfect side or admit their mistakes.

It makes them more human somehow.

Likable people are not afraid to reveal their imperfections or how they have dealt with hard times.

They don’t hide behind a mask. They learned to appreciate and embrace their authentic self and their imperfections, and there’s nothing more beautiful than that.

Exposing our vulnerabilities is scary. But it’s what lets us truly connect with people and makes us authentic.

You can apply this by simply admitting a past mistake, sharing some of your biggest fears, or revealing one of your imperfections no one else knows about.

6. They Are Curious About You, More Than You Expected

As Thomas Oppong mentioned in one of his recent articles, one habit likable people have in common is they are curious about you and probably more than you expected.

If you think about it, curiosity is the main ingredient that keeps engaging conversations going.

Let’s be honest for a moment: when someone is curious about our job, passions, and goals — or whatever makes us tick — it makes them more likable to us.

It usually makes us want to talk and spend more time with them.

It’s nice when others ask us open-ended questions about things we care about, like our career or our relationships.

People who show enthusiasm for your story, your passions, and most importantly, for what drives you, are interesting. It’s enjoyable to be in their company.

To show genuine curiosity, ask thoughtful questions to others. Understand what their passions are and go ahead with interesting, open-ended questions.

7. They Take Real Pleasure in Proactively Helping Others

Not long ago, a friend of mine — he is an architect — told me about a time he was driving and stopped to help a woman change the tire on her car.

She offered to give him some money for his time and help, but he politely refused.

However, while he was changing the tire, the woman asked a few questions about him and where he worked. To him, it was just a normal conversation.

Two weeks later, he met a new client for the first time, who wanted him to design a new office block for his company.

At the end of the meeting, the client shook his hand and told him, “My sister was right. You really are a charming man; it has been a pleasure to meet you and I feel in very safe hands.”

He then went on to explain to me that this man was the brother of the woman he had helped.

Charming people don’t preach or tell you how to do things, and they certainly don’t brag about their own lives and successes.

They take real pleasure in proactively helping you instead, without expecting anything in return. And they will likely refuse any “reward” offered.

And they are the ones helping you even if you don’t ask for it.

Try to do things for others without expecting anything in return. Believe me, life becomes much easier.

How to Be Charming, In a Nutshell

Giving their undivided attention, showing admiration, talking about themselves only when asked to, following through, sharing their vulnerabilities, being curious about others, and offering their help, are all habits charming people usually have in common.

And it all comes down to this: they won’t directly tell you they are inherently good people. They will always let their actions talk for them instead.

If we were all wired that way, we would probably live in an easier world.

We would all join the charming people club.

You can find the Italian version of this article here: Come Piacere Agli Altri