Fake Friends: 7 Signs You Are Dealing With One 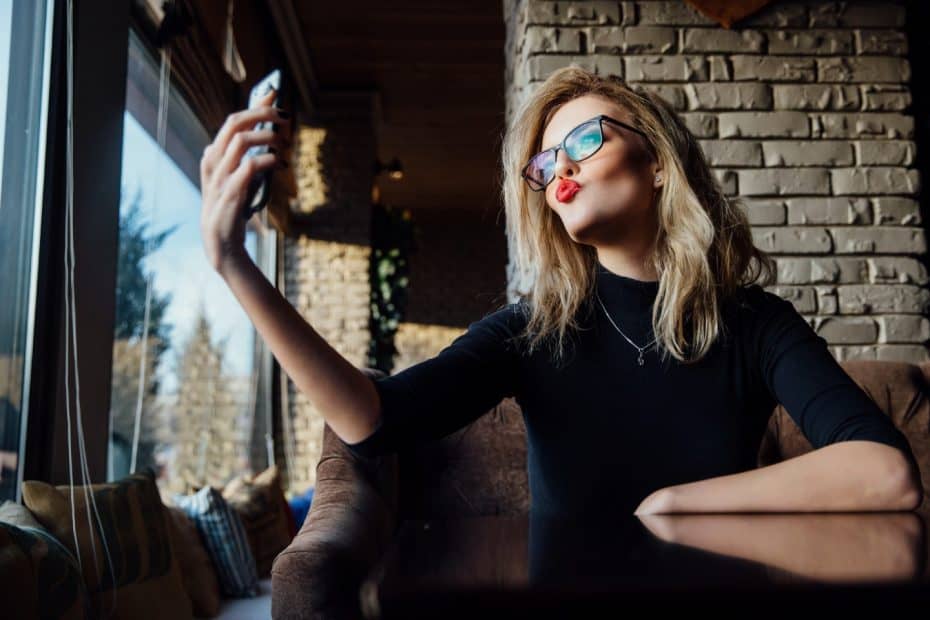 In this article we will talk about fake friends.

Have you ever felt one of your friends was not being genuine with you? If you have, you probably know what I’m talking about.

Usually, when this happens it’s because that friend is displaying certain behaviors that make us feel uncomfortable — and, as Liane Holliday Willey Ed.D. explains in Psychology Today, sometimes it can even harm our confidence.

Some of these behaviors are subtle, some others are more explicit.

Here are a few signs you can look out for to help you understand if you’re actually dealing with a fake friend.

1. Fake Friends Talk Badly About Someone Close to Them

A few months ago, I shared on Instagram a quote that resonated with a lot of users.

“A true friend is loyal not just in front of you, but also when you’re not there”.

I published this quote after an experience that made me realize I was dealing with someone who was not being genuine — not just with me, but also with someone very close to her.

At that time, I used to hang out with two friends, Lara and Emma.

They had known each other since they were kids and they consider themselves best friends.

Lara said Emma was like a sister to her, and Emma saw Lara as an example to follow in basically everything.

One day Lara asked me who I had the closer and stronger relationship with, her or Emma.

I replied I had a great relationship with both of them and didn’t prefer anyone.

She then told me I should hang out with her more than with Emma, because she was not on her same level.

“What do you mean with same level?” I asked Lara. She replied Emma was not as intelligent, empathetic, and educated as she was.

At that point I told her I didn’t understand what this had to do with friendship and that I didn’t like the way she was talking behind the back of Emma, her best friend.

From that moment my friendship with Lara changed and we became more distant.

Sadly, there was another price to pay, and that is because Emma chose to distance herself from me, basically because Laura had a lot of influence over her.

As professor Glenn Geher Ph.D. explains in an article published in Psychology Today, if someone puts others down, they usually do it because they need to be seen as superior, confident, and powerful.

This behavior usually has a massive inferiority complex and jealousy as the root causes.

Also, if someone talks badly about someone close to them, they are not being honest, nor genuine.

Beware of people who display this kind of behavior, as they might do the same with you — you’re not immune to their gossip.

You could never consider them to be a genuine friend, as real friends are the sort of people you can trust.

2. Fake Friends Just Can’t Be Happy For Your Achievements

If you want to know if someone is a true, genuine friend, pay attention to how they react to your achievements.

I remember when a friend of mine, Ana, was hired at Google. She was over the moon. So to celebrate she organized a girls night with some friends.

Honestly, I was genuinely happy for her, as I knew how badly she wanted that job.

So, when I first saw her after she told me the news, I hugged her and told her I was truly proud of her.

However, a joint friend of ours, Natalie, just couldn’t share in Ana’s happiness. In fact, all she could do was find fault in Ana’s new job.

She started to ask Ana questions such as:

“Aren’t you going to be stressed and tired working for those guys, I hear they are real slave drivers?”

“Yes, I’m sure that your new salary will be amazing, but it’s really going to hurt you when you see how much more tax you will have to pay.”

You see, if someone can’t just be happy for you when you have some success,, there’s something wrong.

Whether it’s for big achievements or small wins, that relationship you have with that person isn’t a friendship, at best you are just acquaintances.

True friends want to see each other win. They create an environment in which they can always support each other and contribute to each other’s personal growth and development.

3. Fake Friends Have a Pattern of Unhealthy Relationships

If someone has a past characterized by a pattern of toxic friendships, you might be their next “victim” as they try to ensnare you in their next unhealthy relationship.

Also, when someone has this kind of background, there are two possible explanations.

They are either very unlucky, or they have have unresolved issues that affect their connections with others.

Usually, the latter is the explanation for a pattern of toxic relationships.

When someone struggles to build deep, healthy, and long-term friendships, they might have learned some unhealthy behaviors and patterns during their childhood.

And they are probably reproducing those in their adult relationships.

These behaviors make it difficult for them to have healthy relationships and friendships. It also makes it complicated for others to connect with them in a healthy way.

4. It’s All About Them, Always

Have you ever met someone who redirected basically every conversation to themselves? Even when they knew you needed to talk?

There are people who can’t help it; they make every interaction about themselves and barely ask you how things are going.

It’s true that the majority of people love to talk about themselves.

However, there are people who are so absorbed by their own life and struggles that they don’t even show an interest in others.

Also, when you have to meet them, it has to be where and when it’s more convenient to them.

As Shainna Ali Ph.D., LMHC, NCC explains in Psychology Today, with a true friend, you feel supported. You feel respected.

With these people instead, it’s all about themselves.

Which means that with them you can only have a one-sided relationship — and not a genuine friendship.

As explained in Psychology Today:

Gaslighting is a form of manipulation. Victims of gaslighting are deliberately fed false information that leads them to question what they know to be true. Often about themselves. They may end up doubting their memory, their perception, and even their sanity.

However, this can frequently occur in toxic friendships. Some basic examples of gaslighting are:

A healthy friendship with a pathological gaslighter is almost impossible, as you basically have to deal with someone who has an instinct for manipulation, who is unable to recognize their mistakes, and who will never allow you to feel emotionally safe with them.

6. Their Words Don’t Match Their Actions

While genuine friends are true to their word, fake friends tend to be just the opposite. Let me give you an example.

When I still lived in my home city of Rome, I had a friend, Francesca.

She said she considered me to be her best friend as she could have meaningful, deep conversations with me and she felt we could talk about anything.

She also said she never felt the same way with any other friend And that’s why she preferred to spend time with me.

That’s something pretty amazing to tell someone.

For years, I believed Francesca’s words. Until one day I woke up and “smelled the roses”, as the expression goes.

I suddenly realized that while Francesca had said something so lovely to me, in reality, she almost never had time for me, and that we used to hang out only when she needed something from me.

I actually found out that she spent loads of time with her other friends and what she told me clearly wasn’t true.

When someone tells you something which is not backed up by consistent actions, believe their actions, not their words. As the saying goes, “Actions speak louder than words.”

7. They Are Available Only When They Need You

This point goes hand in hand with the previous one. If you feel that someone contacts you or is there for you only when they need something, then your relationship with them is probably one-sided.

In a healthy friendship, you give and receive, and you don’t feel someone is using you.

Instead, as psychotherapist Annette Nuñez, M.S., Ph.D. explains, in fake friendships, you find yourself dealing with someone who expects something from you but gives nothing back in return.

Letting go of fake friends can be hard. I know, I’ve been there.

You don’t want to admit to yourself that friendship was an illusion.

However, sometimes it’s the best thing you can do for your own mental health.

2 thoughts on “Fake Friends: 7 Signs You Are Dealing With One”

previousHow to Have Good, Healthy Relationships: 3 Underrated Habits
next7 People Skills That Make You Exceptionally Charming
The Truly Charming