Insecurity in Relationships: 6 Signs to Look Out For 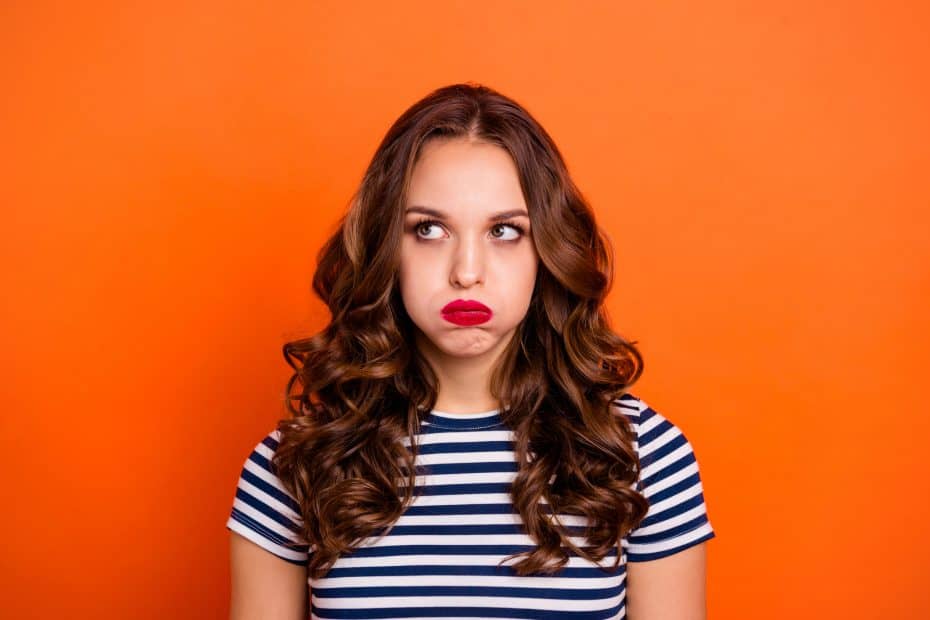 Insecurity in relationships is not easy to identify, especially when you are still getting to know someone. It usually manifests after a few months you are dating a person.

As Tony Robbins explains, the core cause of insecurity in relationships is often a lack of self-love.

Also, as mentioned in an article published in Psychology Today, most of the time insecurity is based on irrational thoughts and fears.

As psychologist Jennice Vilhauer Ph.D. explains in an article published in Psychology Today, the actions that come from insecurity — such as jealousy, accusing, and snooping — can erode trust, and can turn a partner off.

What follows are six signs of insecurity in relationships. In particular, these are behaviors that anyone who wants a healthy relationship should avoid.

1. Blame Shifting Is One of the Most Common Signs of Insecurity in Relationships

Insecure partners often struggle to apologize. They don’t have the confidence to admit they’re wrong.

They often change things around and make you feel bad for voicing your opinion or having a normal reaction to their bad behavior.

An example of this is what happened between my friend John and his girlfriend Claudia on a weekend. In particular, John asked her if she could help a bit around the house, but she felt offended.

She started to yell at him saying she was always the one cleaning and that day it wasn’t her turn to do it.

While John was trying to answer and express his point of view, she started to ignore him, went to another room, put her headphones on, and closed the door . Yes, while he was talking to her.

John found Claudia’s behavior unacceptable, so he entered the room, gently took her headphones off, and asked her to listen to him. Instead of apologizing for her immature behavior, she accused him of putting his hands on her. He didn’t even touch her.

He only took her headphones off because she was refusing to communicate while he was trying to resolve an unnecessary conflict.

Did Claudia apologize in the end? No. She removed the focus from her behavior by accusing John of putting his hands on her.

In other words, she did her best to make John feel guilty for a normal reaction so she didn’t have to take accountability for her behavior.

After that, John left her, as he couldn’t tolerate that kind of behavior anymore.

Deep down, insecure partners know when they are wrong, but they tend to deny it to themselves too.

To avoid taking responsibility for what they did or said, they focus on how you reacted so you feel bad for it and they don’t have to apologize. This behavior is also known as blame-shifting, and is typical of people who lack self-confidence.

Passive-aggressive communication is usually one of the core traits of emotionally immature and insecure partners. Picture this: you ask your partner if they want to go with you to a friend’s party. Initially, they say yes.

Then, on the day of the party they come up with an excuse at the very last moment — for example, they say they feel tired — and tell you they can’t come.

You tell them they could have let you know before, as you had already told your friend they were going to come. And they answer you should be more empathetic and that you can’t expect them to be perfect.

This is a typical example of passive-aggressive communication.

When someone is not able to communicate something assertively, they resort to passive-aggressive behavior. In this case, instead of saying “The day of the party is the only day I can rest during the week, and I would like to stay home, so I think I won’t come this time,” they resort to an excuse at the last moment.

According to Signe Whitson L.S.W., C-SSWS, virtually all relationships with a passive-aggressive person can become confusing, destructive, and dysfunctional over time.

3. Using Words as Weapons to Hurt

Insecure partners often struggle to regulate their emotions. As a result, they use words to hurt.

According to an article published in Psychology Today, we’re hardwired to feel emotional pain as well as physical pain. This is why words can be hurtful. And this is also why some people use them intentionally to hurt, out of anger.

After my friend John and his girlfriend Claudia had an argument, she called him “crazy,” “mentally ill” and “ridiculous.”

He couldn’t believe what he was hearing. He asked her why she was insulting him, and her answered was: “I’m not insulting you, this is who you are. A crazy, mentally ill, ridiculous man.”

She was clearly not able to manage her anger. And at that moment she was using those words to feel better by hurting John.

Confident partners don’t use words as weapons. They use them as tools to communicate in a healthy way and build trust.

Insecure partners are often controlling. As psychologist Andrea Bonior Ph.D. explains, a controlling partner typically feels that they have the right to know more than they actually do.

Being controlling doesn’t always mean your partner openly demands that you must share everything with them. In fact, insecure partners often disguise their need to control as a joke.

For example, I once was in a relationship with a guy who upon any time I was out with friends asked me “Why aren’t you sending me pictures? Now I don’t know if you are with your friends or with another guy.”

And then he added, “Hey, I was just kidding!”

I knew he wasn’t kidding, and his behavior actually pushed me to send photos to him. I wanted to prove to him I was with my friends and not with another guy as he was insinuating. He knew what he was doing.

This kind of behavior is a clear sign of insecurity in relationships.

Feeling jealous from time to time doesn’t necessarily make you an immature or insecure partner. However, a consistent feeling of intense jealousy for your significant other is definitely a sign of insecurity in relationships.

One day one of my friends Luke was in the car with his girlfriend Linda. When they stopped at a streetlight, a lady in the car next to them waved at Luke and he said hi. It was Veronica, a coworker. Linda started to ask him who she was and how they met each other. Then she accused him of cheating on her.

6. The Need to Be the Centre of Your Partner’s Universe

Insecure partners usually want to be your top priority — all the time. Making your partner a priority is not a bad thing, in fact, it’s important for a relationship to be healthy.

However, it can become a problem when you want your partner to make you their only priority. For example, you don’t want them to go out with their friends, spend time on their hobbies or visit their family.

According to an article published in Psychology Today, time apart is essential for any couple, as it can help keep a relationship fresh and less stressful.

If your partner doesn’t let you have other priorities as well, it may be challenging to maintain a healthy and positive relationship in the long term. Also, it’s one of the clearest signs of insecurity in relationships.

No one is perfect. Everyone can show signs of insecurity from time to time. We all display some childish behaviors sometimes.

However, when we don’t even acknowledge them and don’t work on removing them, they can doom our relationships in the long-term.

Avoiding passive-aggressive communication, learning to take responsibility for your mistakes instead of blaming others, avoiding hurting with words, working on overcoming jealousy, and letting your partner have their space, are all things that can help anyone overcome insecurity in relationships and become a more confident partner.

If you or someone you know may be in an unhealthy or abusive relationship, don’t hesitate to call the National Domestic Violence Hotline: 1–800–799–7233.

previousHow to Make Friends and Improve Your Relationships in 2021
nextPeople Skills: The Power of Follow-Up Questions in Conversations