How to Be Attractive: 7 Traits That Make You Irresistible 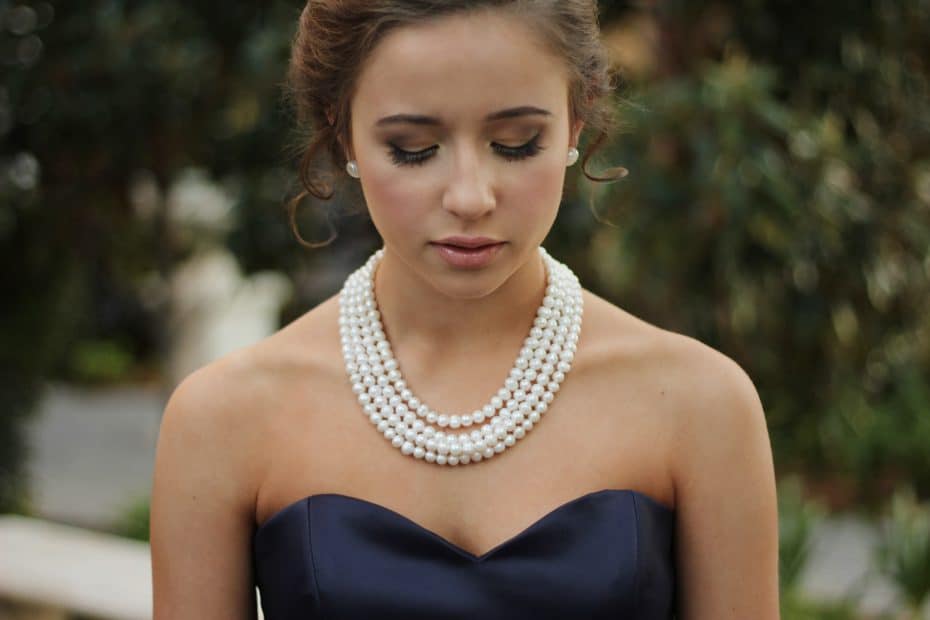 I reached that stage in life where I have a clear idea of what attractive traits I like the most in others. And these are traits that can potentially help us become attractive and charm anyone.

I also have a crystal clear idea of what I want when it comes to relationships.

I value some essential personality characteristics, rather than physical traits.

Appearance plays its part – obviously – but it’s not a top priority for me anymore.

I can tell after one or two dates with someone if there’s potential for a relationship.

And it doesn’t depend on how tall he is or his eye color.

Many people experience this shift around their late twenties or early thirties.

I experienced it not too long ago when I was 26.

I realized that the most attractive traits – the ones that make you irresistible – focus mostly on character and inner beauty — what most of us hope to find in a potential partner.

1. Following Through Is One of the Most Attractive Traits

“I was always attracted not by some quantifiable, external beauty, but by something deep down, something absolute. Just as some people have a secret love for rainstorms, earthquakes, or blackouts, I liked that certain undefinable something directed my way by members of the opposite sex. For want of a better word, call it magnetism. Like it or not, it’s a kind of power that snares people and reels them in.”
– Haruki Murakami

A few years ago, when I started my first blog, I was dating a guy.

One day we met for a coffee and he told me he wanted to introduce me to a friend who had a blog like mine and was an SEO expert.

He thought he could help me improve my website and work on some technical issues. And he did, he followed through. A few days later we met his friend who was of great help and gave me some useful tips.

I was not expecting that. I loved it. Few people do what they said they would do.

I see this all the time: people not following through after they said they would do something.

“Seriously? You’ve never been there? I’ll take you there.” And then they don’t take you anywhere. There is this tendency to say you will do something, but without following through. And we’ve all been guilty of that at least once.

When someone says they will do something and then they do, it’s a turnon. A huge turnon. It’s a sign of integrity. And it’s attractive.

2. Not Trying Too Hard to Impress

By far the biggest mistake I see people make is trying too hard. They desperately try to impress the person they’re interested in.

It’s a big turn off when a guy is too focused on bragging about himself and his achievements, as if he has to close a sale with me, as soon as he can.

If a man is telling me how great he is but doesn’t even remember my name, I inevitably perceive him as insecure — because let’s be honest, self-conscious people craving admiration have some unresolved insecurity issues.

When a man talks about himself naturally, without stretching the truth, and is also genuinely interested in getting to know me, it’s pleasant to be in his company. When the conversation is balanced I love it and I usually want more of that.

Attractive people don’t feel the need to impress others. When you talk to them, they are relaxed, spontaneous, and natural.

3. Confidence Is One of The Most Attractive Traits As Well

When someone is confident you sense it. When they are insecure, you sense it too, unfortunately.

Years ago I was in a relationship with a guy.

Anytime I told him I couldn’t see him because I already had some plans, he would freak out and asked me when, where, why and with whom.

He once told me he perceived my friends and work colleagues as a threat to our relationship.

Attractive people are those who let you have your life outside the relationship with no attitude about it.

They let you focus on your passions and have your circle of friends without nagging if sometimes you can’t see them — because they have their own life too. This is being confident.

It’s all about the opinion you have of yourself. It’s when you accept and like who you are — and are aware of your strengths without feeling superior — that you display self-esteem.

And when you have a healthy level of self-esteem, external circumstances are not a threat to your self-worth.

You are not afraid of rejection or not being good enough, because you know your value.

I think that’s one of the most attractive traits.

This is one of my favorite traits. And it’s something only attractive people have.

Many men try to pick up as many women as they can, and have no filter.

They try to strike up a conversation with any lady that seems approachable or easy, in such a desperate way you suspect they bet something with their best friend.

Similarly, many women are available to date any man who shows some interest in them. Because they feel they need someone to complete them.

They need a partner because they don’t want to be single, and they are afraid to be alone.

So they lower their standards and don’t set boundaries.

You have the feeling these people have no particular preferences, they just want to seal the deal with someone.

You can smell their desperation from miles away.

When you know someone is interested in getting to know you instead — and not twenty other people at the same time, just you — because you have the qualities they’re looking for, it’s a huge turnon.

Having standards is one of the most attractive traits. Attractive people know what they want and go after it.

5. If You Want to Be Attractive, Be a Great Listener

Attractive people know when to talk and when to listen.

They are active listeners and you can feel they are genuinely interested in what you are talking about.

When you talk they aren’t thinking about what they are going to say next.

They just focus on your words.

Think back to the last time you felt listened to. The person you were talking to probably made eye contact and asked you interesting questions.

They probably removed any distraction — like their phone or tablet — and were focused only on the conversation.

This is what attractive people do. They make you feel listened and you can feel they have a sincere interest in what you are saying. And they usually remember what you told them. Even after months.

Surprising your partner or simply making nice gestures is one of the most attractive traits as well.

For example, I don’t expect grand romantic gestures from a guy.

And I don’t need to receive flowers with a poem every day — that’s a bit scary, isn’t it?

A few years ago, I was dating a guy. He definitely knew how to treat a woman and how to keep the spark alive.

He sent me flowers to the office from time to time – more or less once a month.

And sometimes he arrived at our appointments with a sunflower or a gift to surprise me.

He knew I loved flowers and chocolate, and he knew his gifts made me smile.

So he did his best to make me happy.

However, he didn’t overdo it.

He surprised me from time to time, once or twice a month. Every day – or even every week – would have been too much.

You see, nice gestures are important. And attractive people know it.

Here I might sound a bit old-fashioned, but let’s be honest, when a man doesn’t hold the door for you when you are on a date it’s a bit rude.

Similarly, when a woman is rude or lacks feminine energy, it’s a turn off for most men.

When a guy does small nice things for you such as giving you his jacket when you’re cold, ordering a coffee for you when you’re tired, or opening the door for you, it’s a turnon.

Likewise, when a woman surprises you by buying two concert tickets or a nice present, it’s nice and romantic.

When she prepares a warm cup of tea because you have a cold, it’s sweet.

Confident and attractive people take real pleasure in doing nice things for the person they date or are in a relationship with.

Being emotionally independent means your happiness and emotional stability don’t depend on external circumstances.

And most importantly, they don’t depend on someone else.

In other words, you have full control over your emotions and your life.

Sarah, a friend of mine, is a fashion blogger.

She loves to dance and sing, and whenever you see her she seems to be enthusiastic about her life.

She’s married to James, a guy who has his own business and a passion for tennis and horses. He loves his life and always goes after what he wants.

He has a fulfilling life too – as Sarah does.

Probably this is the reason why his relationship with my friend Sarah is successful.

In other words, what makes their relationship successful is that they are both emotionally independent.

When you are in a relationship with an emotionally independent individual, you know you’re not responsible for their happiness.

You know they don’t rely on you to be happy. You don’t have that responsibility. So you are equal. And that’s very attractive.

What do emotionally independent people do?

If they are dating someone, they don’t send a Whatsapp text every two minutes. They’re busy with their daily life instead.

They focus on what makes them feel motivated and put all their energy into it.

From time to time, they might send a text to the person they’re dating, because they’re genuinely interested and want to know how that person is doing. But they’re not clingy.

If they’re in a relationship, they make their partner a priority but not an obsession.

If their partner is busy or needs some alone time, they are happy to allow them to have some space and do their own thing.

Because their emotional well-being doesn’t depend on their significant other. It comes from within.

These are the seven most attractive traits that you can easily learn if you are wondering how to charm anyone – or almost anyone.

Following through, not trying too hard to impress, being confident, being selective, being a great listener, making nice gestures, and emotional independence, are all traits that make us extremely attractive to others.

Still wondering about how to charm anyone?

The whole point of attraction and how to charm anyone is about inner beauty and how we make others feel. It’s about how we connect with others.

We should all start to focus less on our physical appearance and more on becoming better human beings. Because great human beings are attractive.

Featured Image by Free-Photos on Pixabay