The Law of Polarity: How to Apply It to Increase Attraction 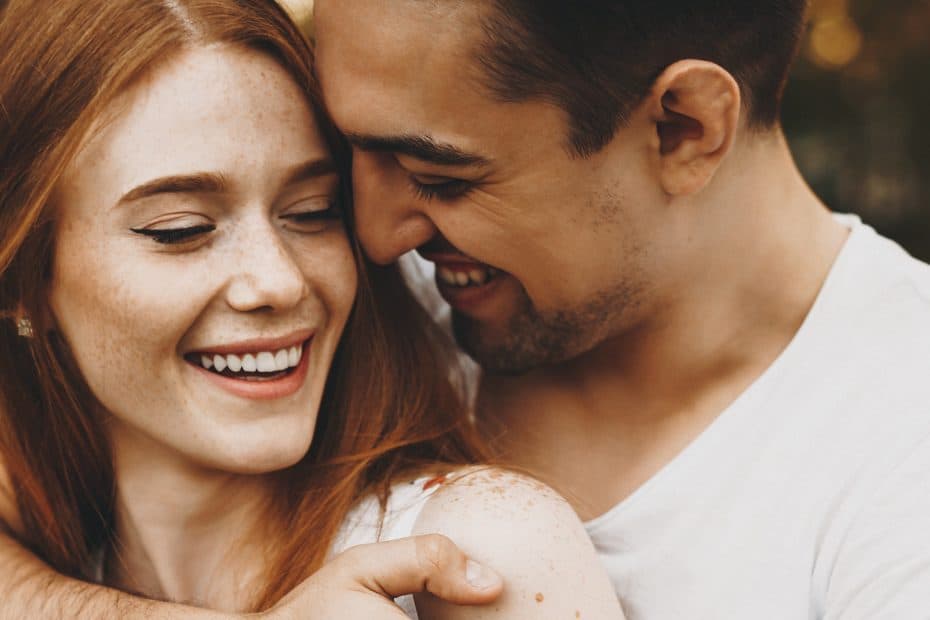 To explain what the Law of Polarity is, and how it can increase attraction, I’m going to use an example.

Think of relationships as salads. If you want to make a healthy and tasty salad, you need more than one ingredient. For example, you can add some tomatoes, then some lettuce, corn, onions, olives, cilantro and peppers.

Then you can add some salt, so the salad won’t be bland. You might also use some lemon, lime, or vinegar to add some acidity.

Balancing flavor is both a science and an art. It’s not easy, nor difficult, but it’s complex, and you have to learn how to do it.

Similarly, relationships are complex, and for them to be healthy you need several good “ingredients” such as love, connection, respect, intimacy, and lots of communication.

An essential ingredient few people talk about — yet everyone should know about — is polarity. Without it, you will still have the other ingredients, but there will be something missing. Most likely the relationship will feel “bland” like a salad without salt.

What I’m talking about is the polarity between masculine and feminine energy.

As Tony Robbins explains, the Law of Polarity is the principle that everything and everyone has two poles — good and evil, yin and yang, positive and negative, attraction and disconnection.

If you don’t know the evil, you can’t appreciate the good; similarly, if you never experience disconnection, you won’t be able to appreciate attraction.

The Law of Polarity is one of the key ingredients to successful relationships, as the strongest chemistry exists when one person in a couple has a strong masculine energy while the other one holds feminine energy.

The Law of Polarity and Gender

We all have a combination of both feminine and masculine energy, but we tend to be more aligned to one over the other and to attract those who hold the opposite one.

Male and feminine energies do not necessarily correspond to male and female genders or biological sex. Any person, man or woman, can hold either energy. Couples can be the same or opposite sex, and what creates — or diminishes — attraction is usually the level of polarity within the relationship.

The same happens in relationships.

Polarity is maximized when the two partners have completely opposite energies — masculine and feminine — and this is what you often see in long-lasting, balanced, and successful relationships.

When this happens, the two partners complement each other, and there is passion.

That’s where the spark comes from.

On the other hand, according to Tony Robbins, when you see a relationship where there is no attraction, intimacy nor passion anymore, and where arguments seem to have become the new normality, it’s probably due to “depolarization” — that is, a lack of polarity.

This often happens when the two partners have developed the same energy and instead of complementing each other, they fight because they feel their needs are not being met.

Masculine and Feminine Energy in Relationships

Masculine and feminine energy are both defined by certain individual traits.

As Corey Wayne explains, the person in their masculine energy is typically purpose-driven.

Individuals with strong masculine energy tend to be focused on their goals and love challenges.

Masculine energy is about doing.

It’s about moving with a purpose and taking action.

The “masculine” partner is protective, supportive, and encouraging, and they tend to be the guiding force of a relationship.

Feminine energy instead, is about being soft, playful, opening up, and receiving. It’s about bonding, connecting, being vulnerable, and allowing the other person to lead.

The partner who is more in touch with their feminine energy tends to be creative, loving, nurturing, empathetic, and compassionate.

Intuition is one of their inner strengths and they tend to listen to their heart rather than their head.

Also, when two people with these two opposite energies meet, there can be attraction. These two energies complement each other, when healthy.

However, when the unhealthy sides of masculine and feminine energy interact, they can create a toxic dynamic — which can be detrimental to a relationship.

When someone embraces their negative masculine energy, they can become controlling, aggressive, and very competitive.

When they step into their unhealthy feminine energy instead, they can become needy, insecure, and manipulative.

All these traits can be toxic to a relationship, and to avoid them it’s important to focus on developing the positive and healthy traits of masculine and feminine energy.

As I have said, healthy polarity in a relationship is about the encounter between two opposite energies and it occurs when one partner displays typical healthy masculine traits while the other has positive feminine traits.

However, there’s more to it. Strong positive polarity in relationships is also — and most importantly — about meeting each other’s basic emotional needs, and you can do it by displaying your leading energy positive traits.

If your partner’s leading energy is masculine

According to Tony Robbins, the basic emotional need of people with masculine energy is to feel appreciated and needed. Also, “masculine” partners tend to be particularly sensitive to criticism.

So, learn that you don’t have to do everything on your own. Let your “masculine” partner help and support you.

For example, if you have to move to another apartment and they offer to help you, let them do it.

Let them organize the move and contact the moving company — instead of telling them what to do.

Then, express how much you appreciate their efforts to help you. Praise them sincerely.

Also, if you need to give them negative feedback about something they did, do it gently — that is, without hurting their ego. Never be aggressive.

Tell them how much you appreciate them first, and then assertively communicate your needs, without criticizing them.

When the “female” partner is warm, caring, empathetic, vulnerable, and compassionate, and makes the “masculine” partner feel appreciated, respected, and needed the polarity increases.

If your partner’s leading energy is feminine

The partner who is mostly in touch with their feminine side usually has the basic emotional need to feel seen, heard, and understood.

So, if your “feminine” partner comes back home and starts telling you they feel particularly overwhelmed at work, make them feel seen first. Notice the details, tell them how beautiful they look with their new haircut. Put your phone away and give them your undivided attention.

Then, let them vent. Don’t tell them what to do, and don’t focus on providing a solution. Focus on listening and understanding instead, and let them share their feelings. Then, if you want, guide them towards the solution you have in mind.

Also, when they communicate to you something you did that they didn’t like, learn to listen to them and use healthy communication to work towards a solution together.

According to Tony Robbins, when you make an effort to actively listen and make your “female” partner feel seen and understood, they will feel safe and open up more often. And this is one of the best ways to increase attraction.

When it comes to polarity, it’s all about finding a balance between the two opposite poles in a relationship.

We are attracted to those who have the opposite energy to our own. Finding a partner whose leading energy is opposite to yours, and displaying the positive traits of your leading energy, can help you create a successful, long-lasting relationship.

It will turn the electricity on.

previousEmotionally Immature Partners: 3 Behaviors to Look Out For
nextHow to Be Truly Confident in a Relationship
The Truly Charming