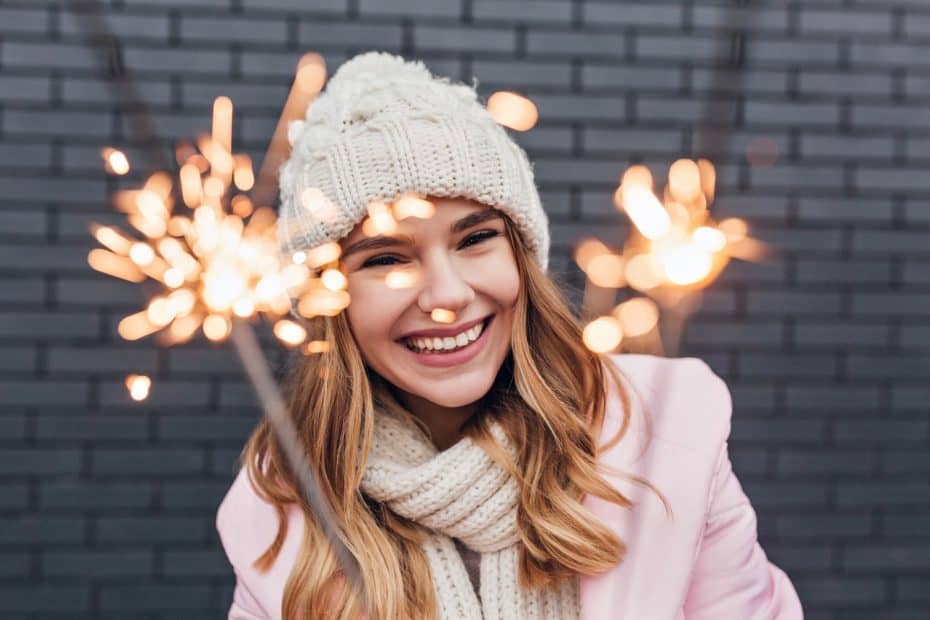 In this article, we will talk about some of the signs someone likes you.

These clues are often easy to miss, but when someone is into us they tend to be there, right under our nose.

“Remember when we used to hang out with our college friends? I liked you a lot. But you never noticed me.”

“Really? I liked you too and tried to give you some hints, but you never made a move. So, I assumed you weren’t interested after all and didn’t make a move either.”

I don’t know about you, but I have heard of a lot of conversations like this.

And I also had this conversation at least twice in my life.

However, each time, it was too late.

It happens to everyone

You liked someone, they liked you back, but you didn’t see the signs they sent you — or they didn’t get your hints; then you realize later that there was a mutual interest.

There is a funny conversation between Nicole Kidman and Jimmy Fallon, where they clearly had no clue they liked each other when they first met, which is a great example of this.

It’s not easy to understand if someone is into you or not. In fact, it’s almost impossible, unless they tell you directly or you ask them.

However, there are a few signs that can help you understand if someone likes you.

1. Proximity Is One of The Signs Someone Probably Likes You

When someone likes you, they may subconsciously lean towards you when you are together.

As Jack Schafer Ph.D. explains in one of his articles, people tend to lean toward people they like.

Also, as Sadie Leder Elder, Ph.D. explains in an article published in Psychology Today, for more than fifty years, relationship researchers have consistently found that one of the most powerful predictors of attraction is proximity — that is, physical closeness.

When we don’t like someone instead — and they get too close to us — we tend to feel uncomfortable and distance ourselves from them.

2. When Someone Likes You, They Remember the Small Details

I experienced this multiple times.

For example, a few years ago, I was dating a guy, James. A few weeks after we started dating, I noticed he remembered many details of what I had told him during our first dates.

I didn’t know if he had a good memory or if he was more into me than I expected.

Then, he eventually told me he was interested in a more serious relationship.

He was a great guy, but unfortunately, I realized I didn’t quite feel the same about him, so we ended up being just friends.

A few months later, I was interested in a guy, José, who hung out with my group of friends.

Unfortunately, he couldn’t remember anything about me — basic things like the city I came from, the neighborhood where I lived, and my job. Nothing.

Then one day, I saw him with a gorgeous blond, tall, curvy lady, and I understood why he remembered almost nothing about me.

I was just not his type.

The point is this: we tend to remember the things we care about and to forget things that aren’t important to us.

When someone consistently remembers many details about you, they might genuinely like you — especially if they display other signs.

Someone who is not into you instead won’t notice the small details.

Their brain won’t bother to retain information about you.

3. When Someone Likes You, They Make an Effort to Find Conversation Topics

Years ago, I went to a party on a Sunday night. There was a friend of mine, Simon, with whom I had many things in common.

We liked each other, but we were both particularly shy. That night, we were sitting next to each other in silence.

Then he looked at me and asked me out of the blue: “Are you watching some series lately?”

Then, after a while we were talking, he asked me: “What are some countries you would love to travel to?” And later, he asked: “What book are you reading?”

We ended up talking for three hours until I had to go — or I would have missed the last bus to go back home.

According to research, one of the most common signs someone likes you is they do their best to keep a conversation going.

In particular, they search for new conversation topics and find things in common.

Think back to the last time you were with someone who was clearly into you.

Or did they passively answer your questions without showing much interest?

I guess the answer is one of the first two — or maybe a mix of the two.

4. When Someone Likes You, You Will See the “Duchenne Smile”

As Ronald E Riggio Ph.D. explains, when someone feels attracted to you, they typically smile, making direct eye contact, often with a slow glance away, but still holding the smile.

Also, even if we frequently smile when interacting with people we like, when we are really attracted to someone, the rate of smiling tends to increase.

There is a way to distinguish between a genuine and a fake smile. When a smile is genuine, more face muscles will be involved.

This is also called the Duchenne smile, which is a movement produced by the joint action of two facial muscles.

This kind of smile is often one of the signs someone likes you.

5. When Someone Likes You, They Are Nervous Around You

According to research, there is a link between feelings of anxiety and attraction.

That’s why most of us tend to get nervous, blush, or even sweat when we see someone we like.

In particular, one of the most common signs of nervousness is blushing. Physiologically, it occurs when an emotional trigger causes your glands to release adrenaline in your body.

Adrenaline’s effect on your nervous system causes the capillaries that carry blood to your skin to widen.

Since blood is then brought closer to the surface of the skin, it causes you to blush. So, it’s something you can’t control.

The point is this: when someone blushes, stutters, or sweats when in your company, their body is basically having a reaction to something, and it’s a reaction they can’t control.

It might be an emotional reaction to seeing you. This is why this is one of the clearest signs someone likes you.

So, it’s always a good idea to pay attention to the context.

6. When Someone Likes You, They Are Curious About You

This goes hand in hand with the third point.

When I feel interested in someone, even if only as a friend, I want to know more about them.

When I have a romantic interest in someone, that feeling of curiosity multiplies by ten — maybe more.

Consequently, a lot of questions pop up in my mind.

Psychologist William James (1899) called curiosity “the impulse towards better cognition,” meaning that it is the desire to understand what you know that you do not.

Most of us tend to be curious about what we can’t completely understand, especially if there is some mystery around it. Because our need to know drives our behavior.

In fact, according to research, curiosity is a critical motive that influences human behavior.

And a clear sign someone is curious about us is they will ask a lot of questions, not only to us but also to our friends.

For this reason, curiosity is also often one of the most important signs someone likes you.

7. When Someone Likes You, They Always Find the Time to See You

As Rick Warren once said,

“When you give someone your time, you are giving them a portion of your life that you’ll never get back. Your time is your life.

That is why the greatest gift you can give someone is your time.”

When someone has a genuine interest in you, they make time to see you. In fact, it’s one of the most common signs someone truly likes you.

If you are dating someone who is into you, they will try to meet you frequently.

This also applies when you are not dating.

In this case, you will notice they will find ways to see you, for example, joining group gatherings or attending events where they know they’ll find you.

An example of this is Bob, a friend of mine, who liked Giulia, a girl who used to hang out with our group of friends. We all understood he was into her.

Before meeting Giulia, Bob wasn’t hanging out with us a lot. He probably came once a week or every two weeks.

After they met, he started to join us twice a week — to talk with her almost all the time. And we were right. He was clearly head over heels for her.

Fast forward to today, they live together and are waiting for a baby.

Knowing for sure if someone likes us is almost impossible — unless they explicitly tell us.

However, small signs such as how close to us they sit, how much they remember about us, how much they keep a conversation going, the way they smile, nervousness, curiosity, and the amount of time they spend with us, can help us understand if someone is into us or not.

A person interested in you may show these signs or at least a few of them.

However, if they don’t make a move and you’re still wondering whether they like you or not, the best thing you can do is to take the first step yourself and ask them. Life is too short to waste time overthinking.

3 thoughts on “Attraction: 7 Psychological Signs Someone Actually Likes You”